This cob building was originally built as the local Victorian girls’ school for Bere Regis, and latterly was a single-storey home that had been lived in by the same owner since the 1970s. The original layout was almost monastic: one large room with a single corridor off it with cell-like bedrooms and bathrooms to one side only. Our brief was to strip the building back to it’s cob external walls and design a scheme which provided more accommodation over two storeys, set within an interesting set of spaces- but without altering the external envelope of the building.

We were able to fit two storeys into the existing building envelope by utilising space which had been previously overlooked. The original ground floor was sitting above a one metre void, and the original ceiling had been suspended from the roof joists by a considerable distance. By claiming back these untapped voids, and with a generous existing ceiling height of three metres, we were able to deliver two storeys without underpinning the perimeter walls or increasing the height of the roof structure.

We knew from early on that only one end of the interior would be arranged over two floors, whilst the other end would remain double-height. The key was how to make these two ends relate to one another.

The open plan living room sits below a bedroom at first floor level, and has a low ceiling height as a result. It was important that the bedroom above confronted and addressed the double-height space of the kitchen, and didn’t shy away. To lend it the required sense of drama, the bedroom was completely suspended from the roof structure. This allowed it to be read as an independent volume, but also prevented any supporting walls or columns from compromising the flow through the living room. This was achieved by concealing the bedroom structure wherever possible and, where this was not possible, it was disguised by using painted steel sections that were indistinguishable from the existing timber roof structure. The result is a deceptively simple ‘floating’ room that seems to defy logic and enables a dialogue between the two ends of the building.

The principal living space is almost church-like in scale and arrangement, so befitting a pure and restrained selection of materials. Birch plywood, concrete, wood wool and brass are used through-out, and recycled wood/concrete blocks create a structural spine wall which forms the stairwell to the bedrooms above and provides a backdrop to the more intimate living area. The materials used are honest, hard wearing and low in cost. They have all been left in their natural state – ‘as found’ – and, together with the pleasing rhythms of the original building, combine to make a scheme of conceptual simplicity and spatial purity. 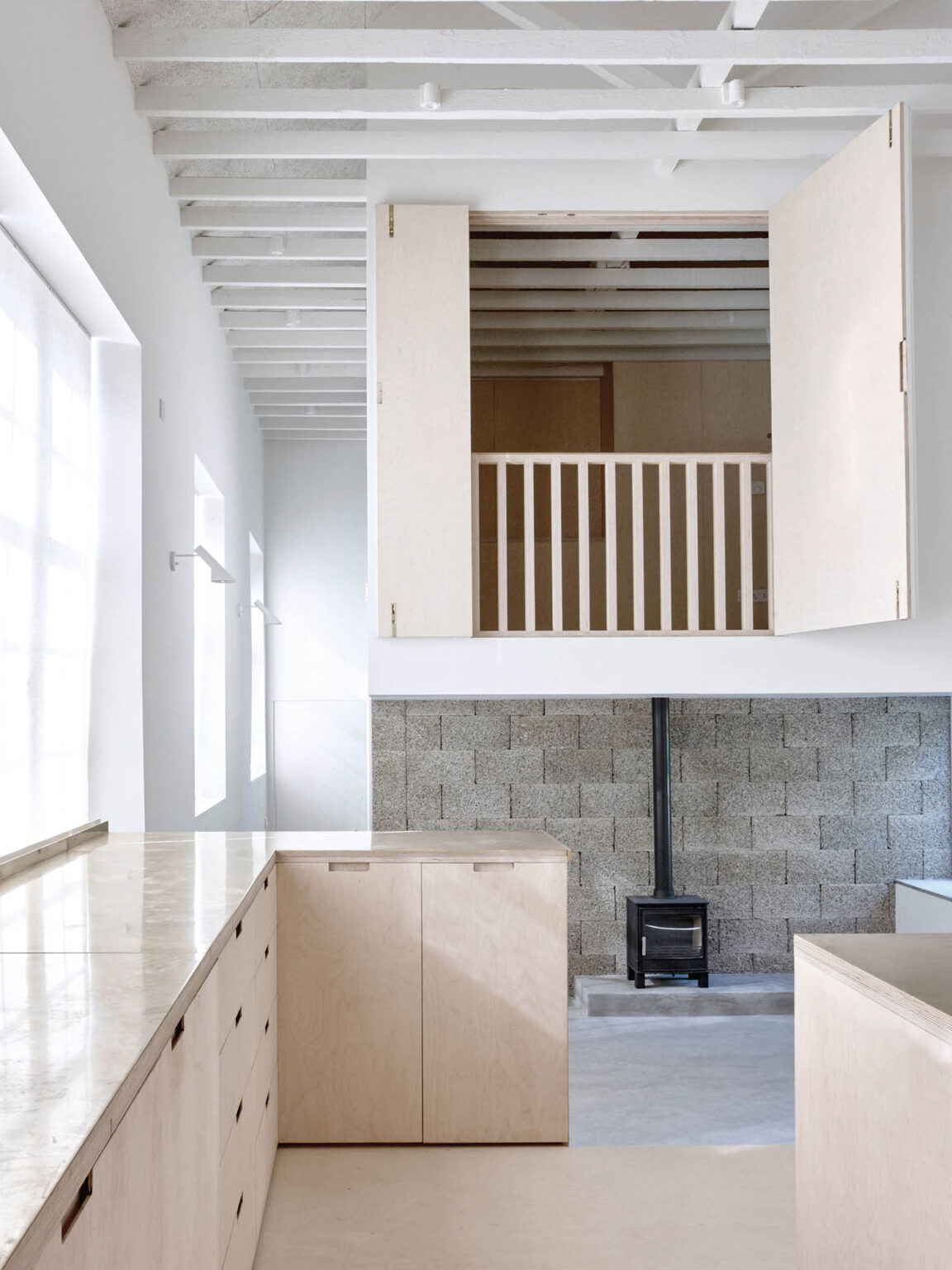 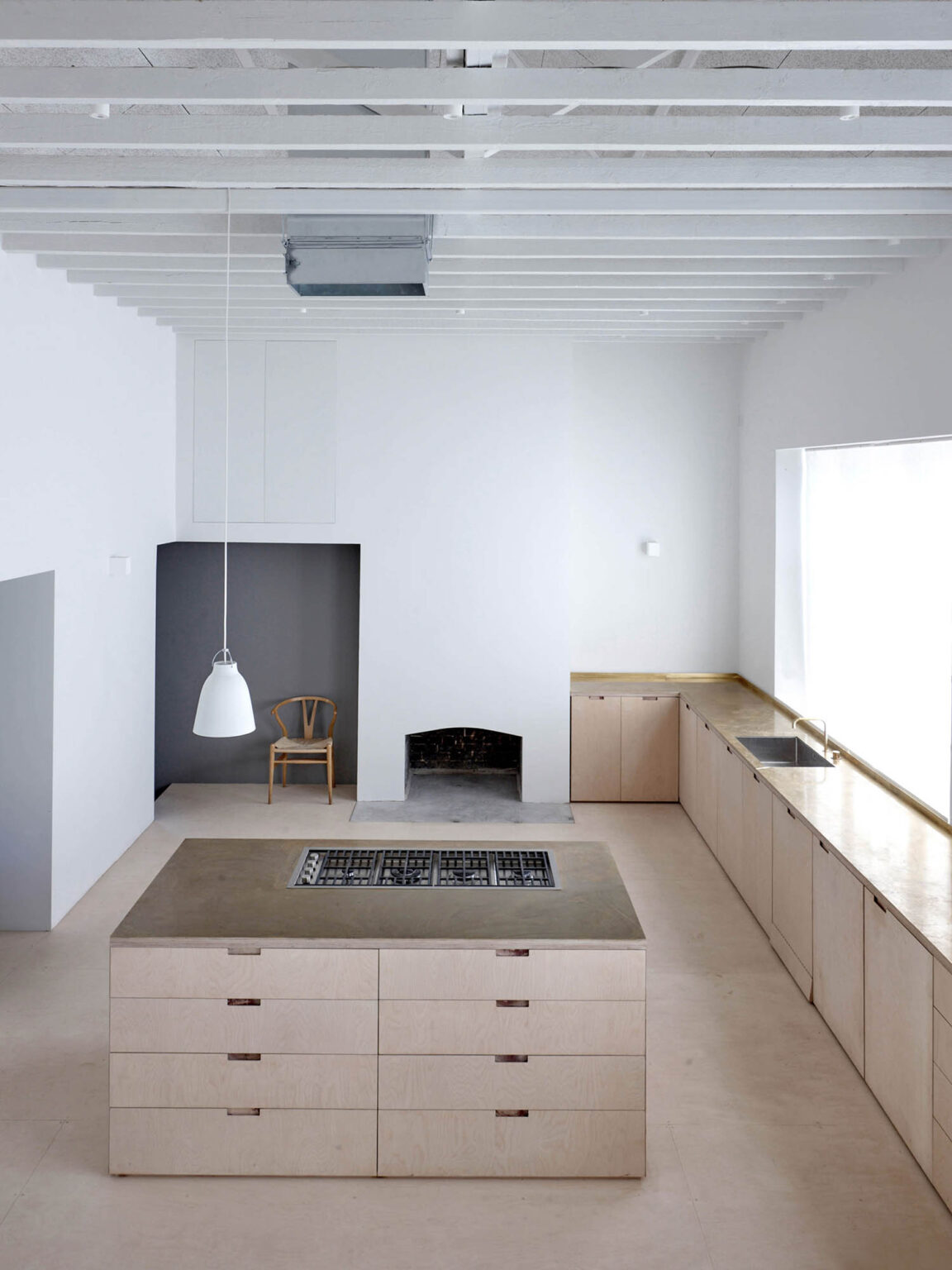 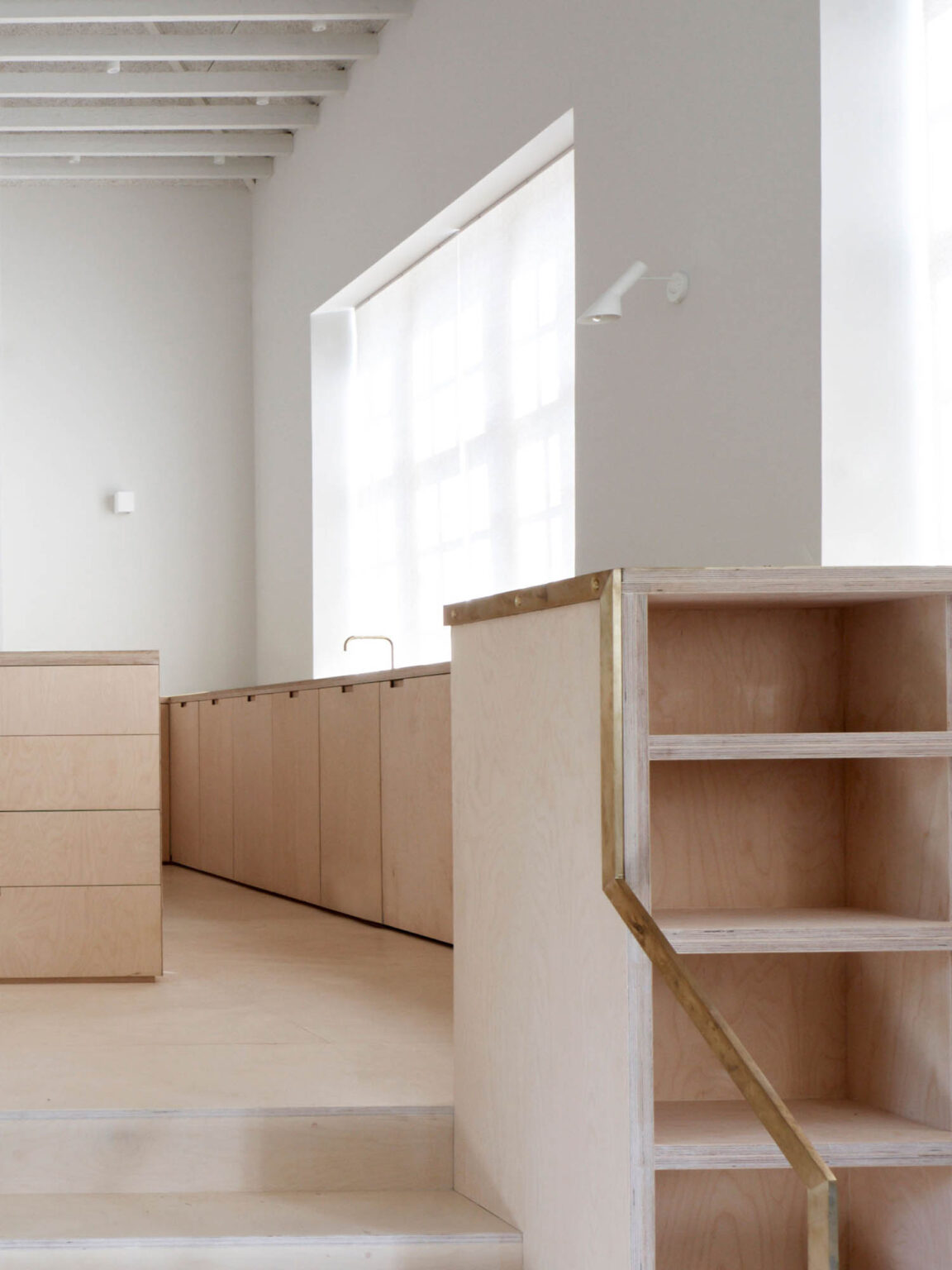 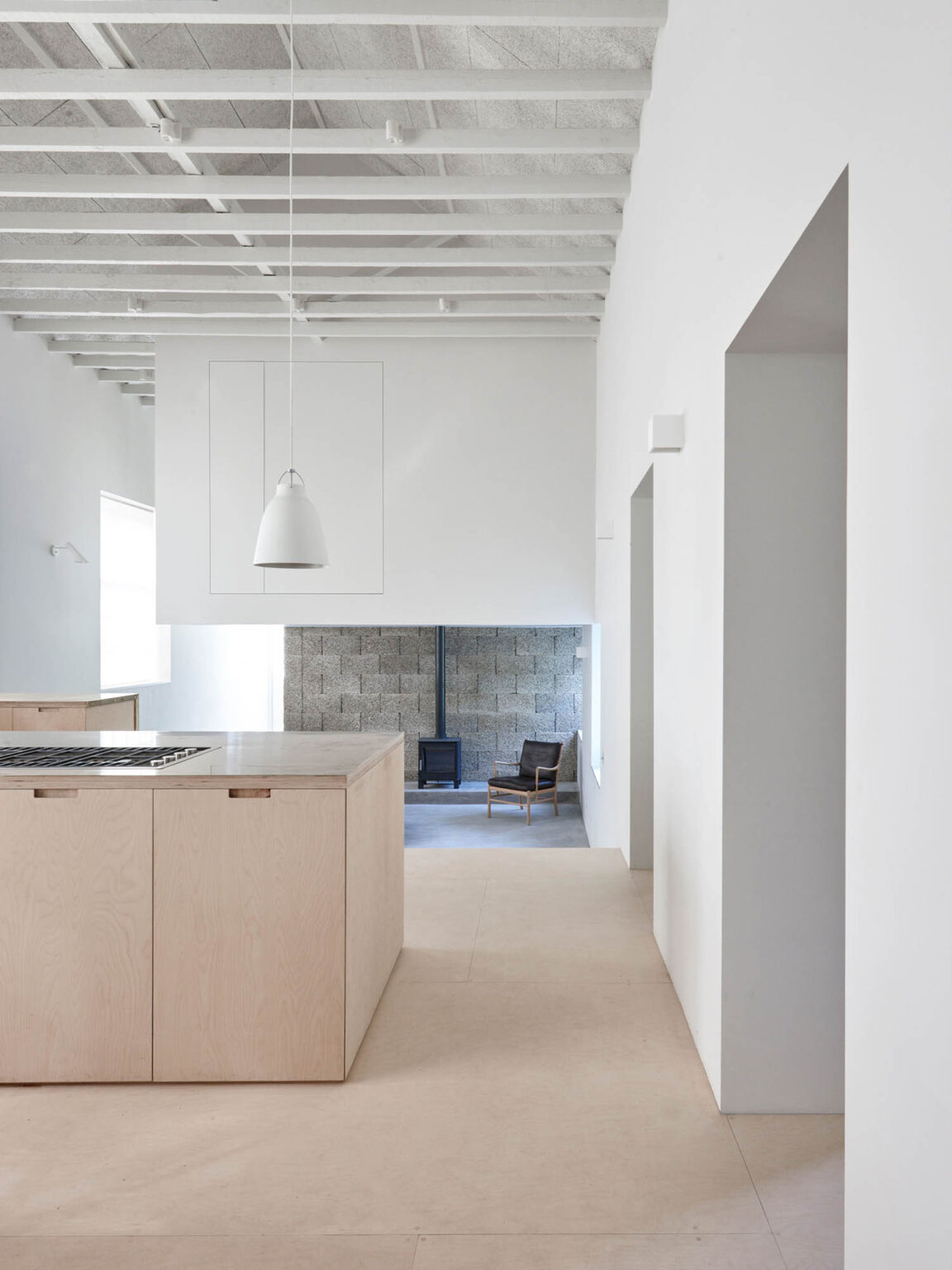 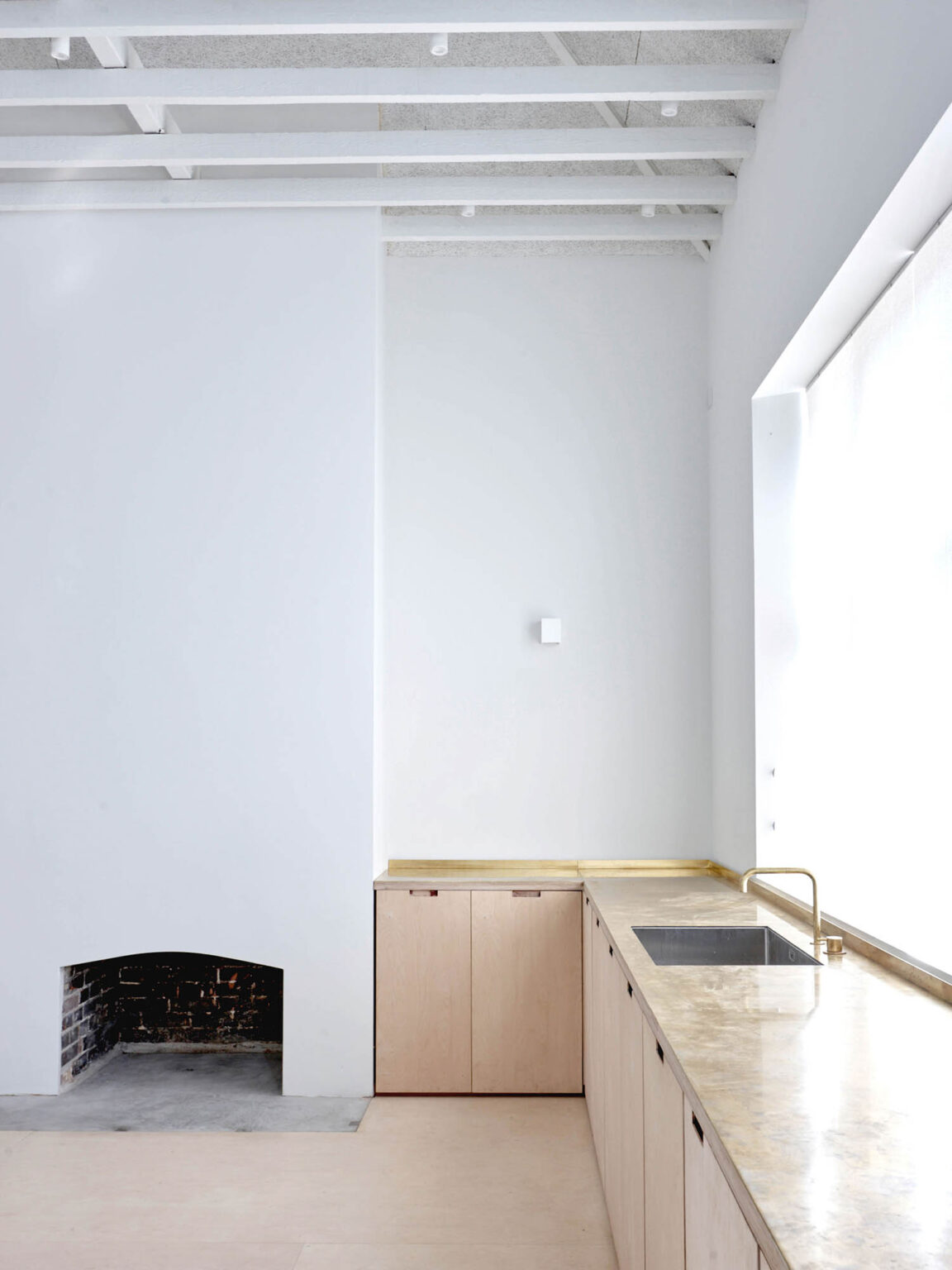 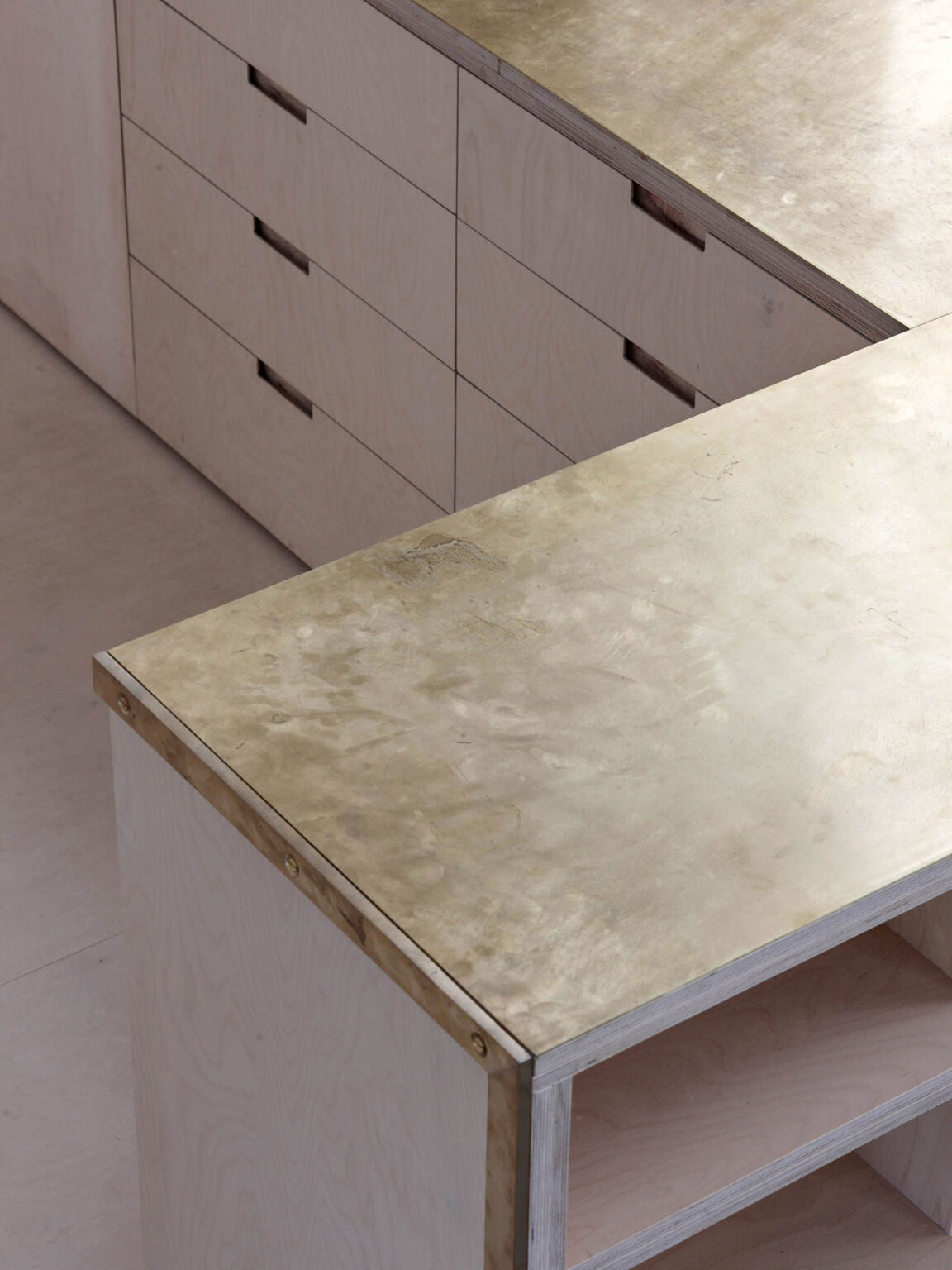 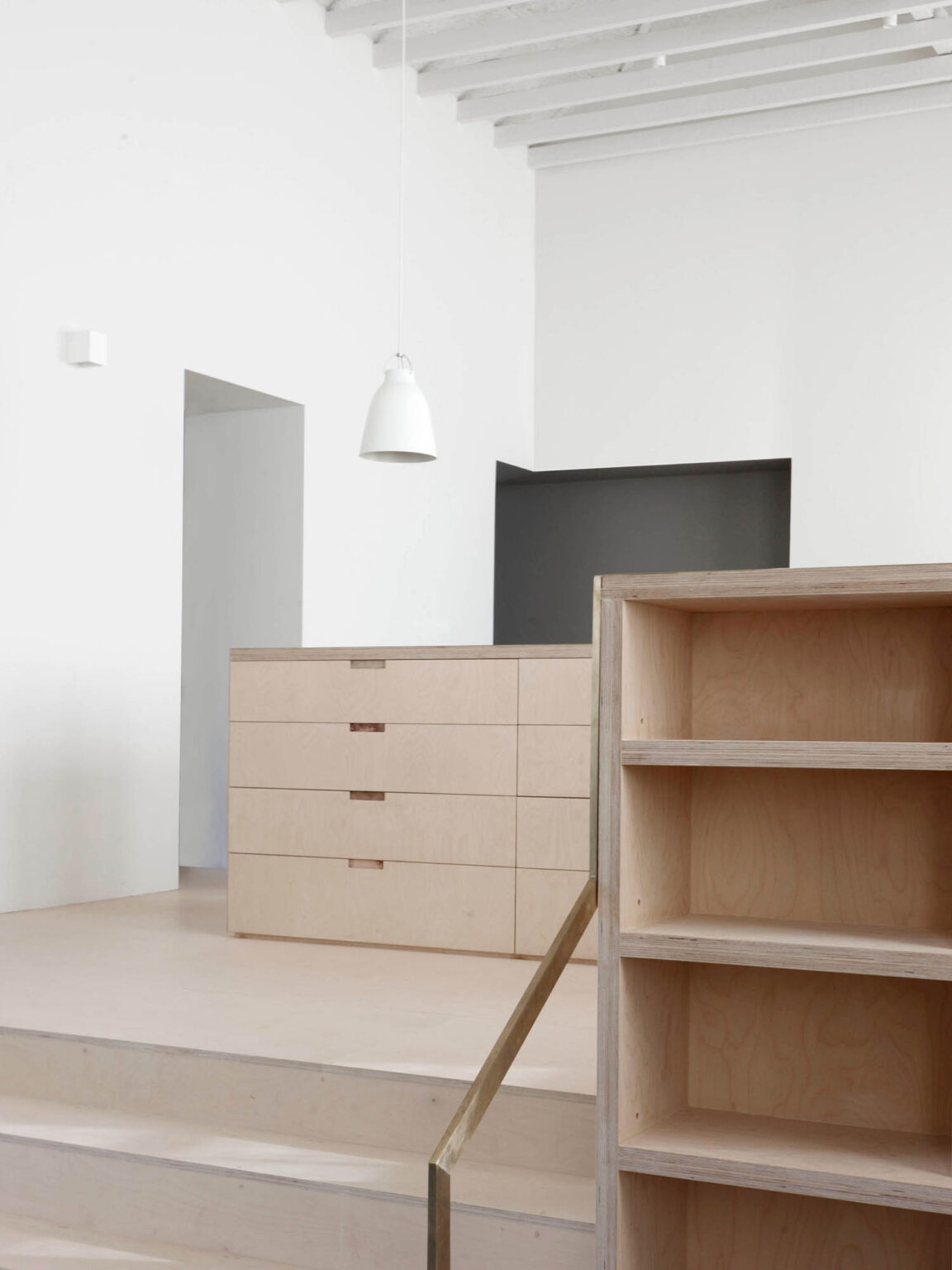 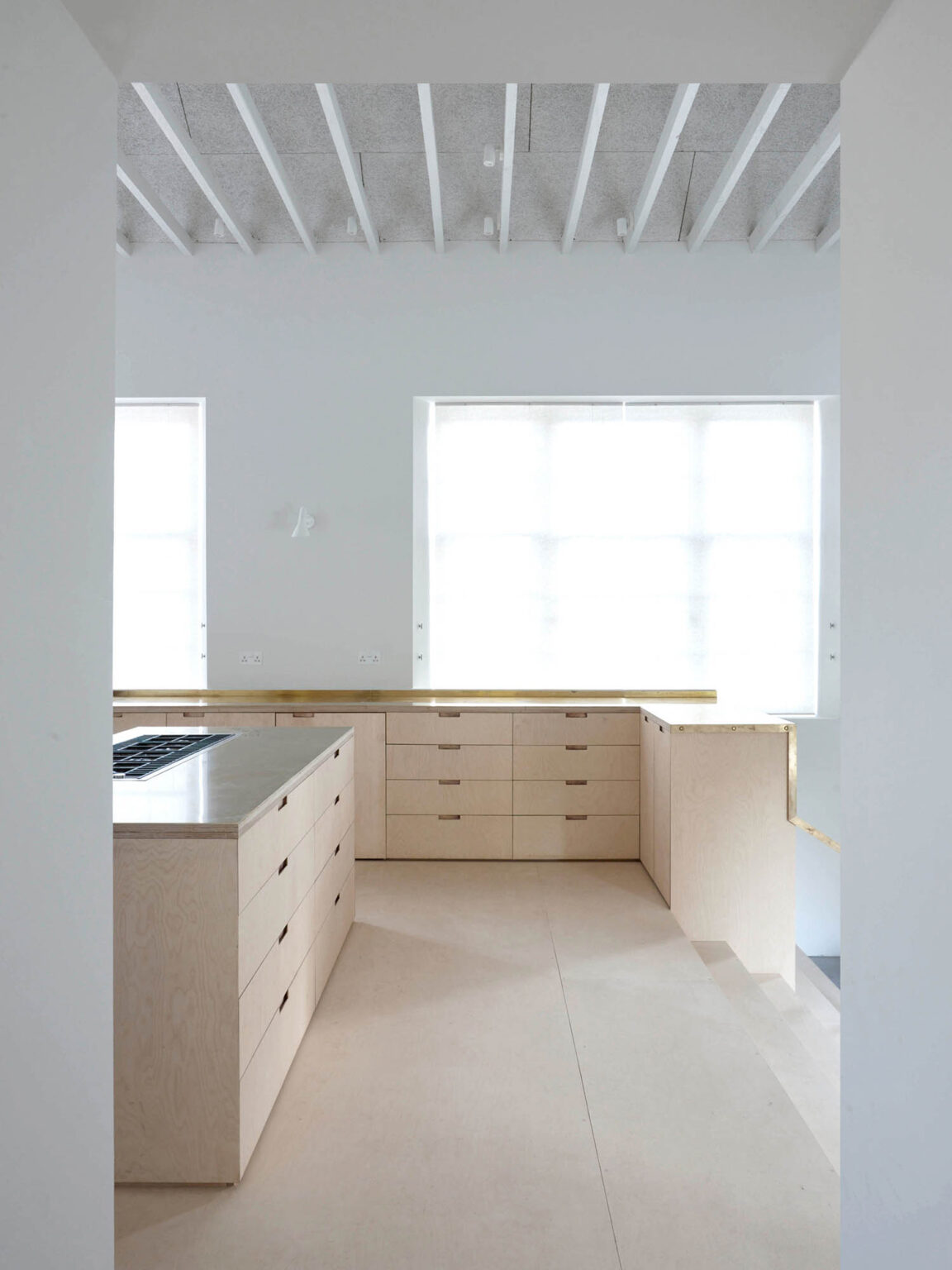 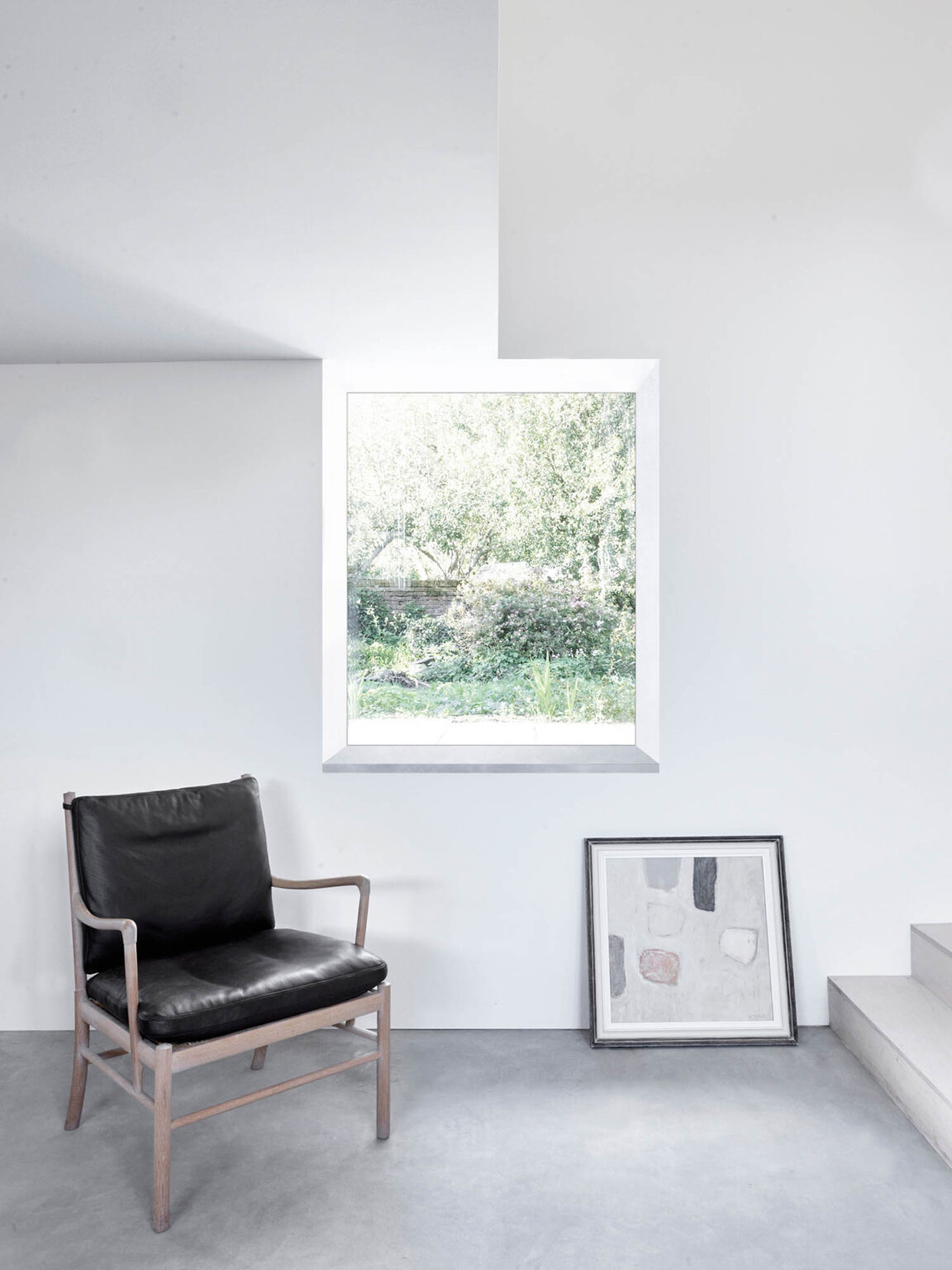 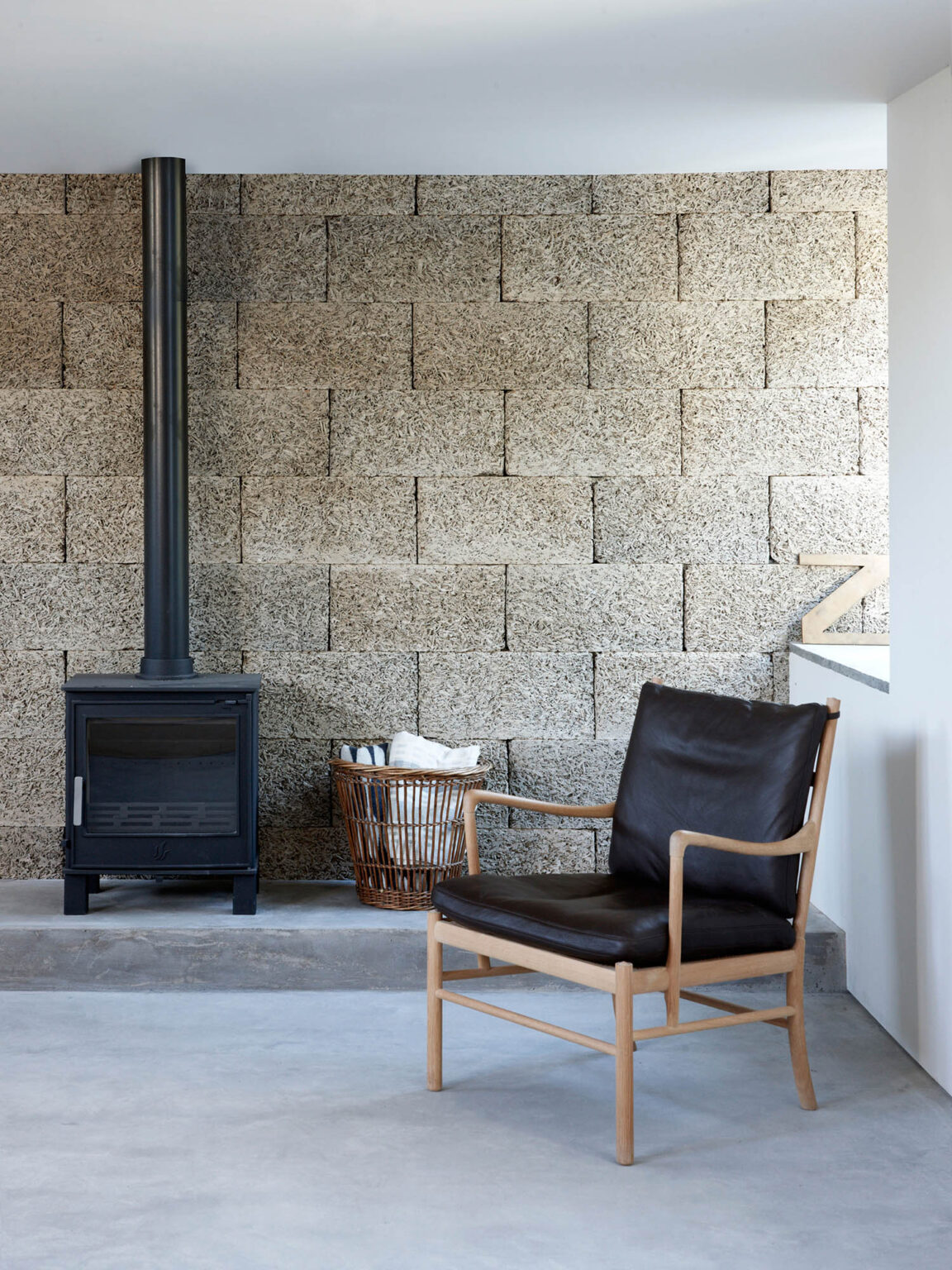 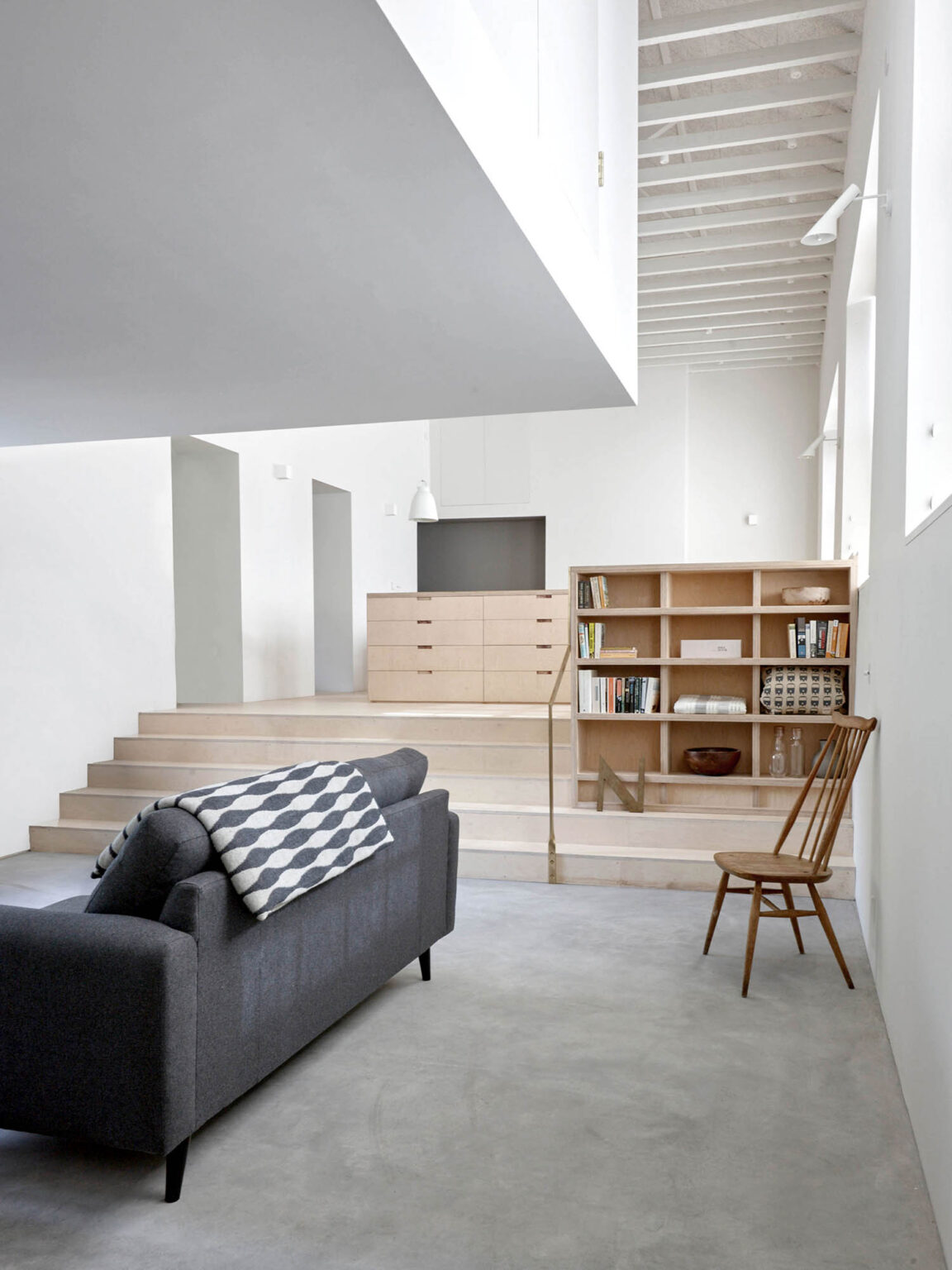 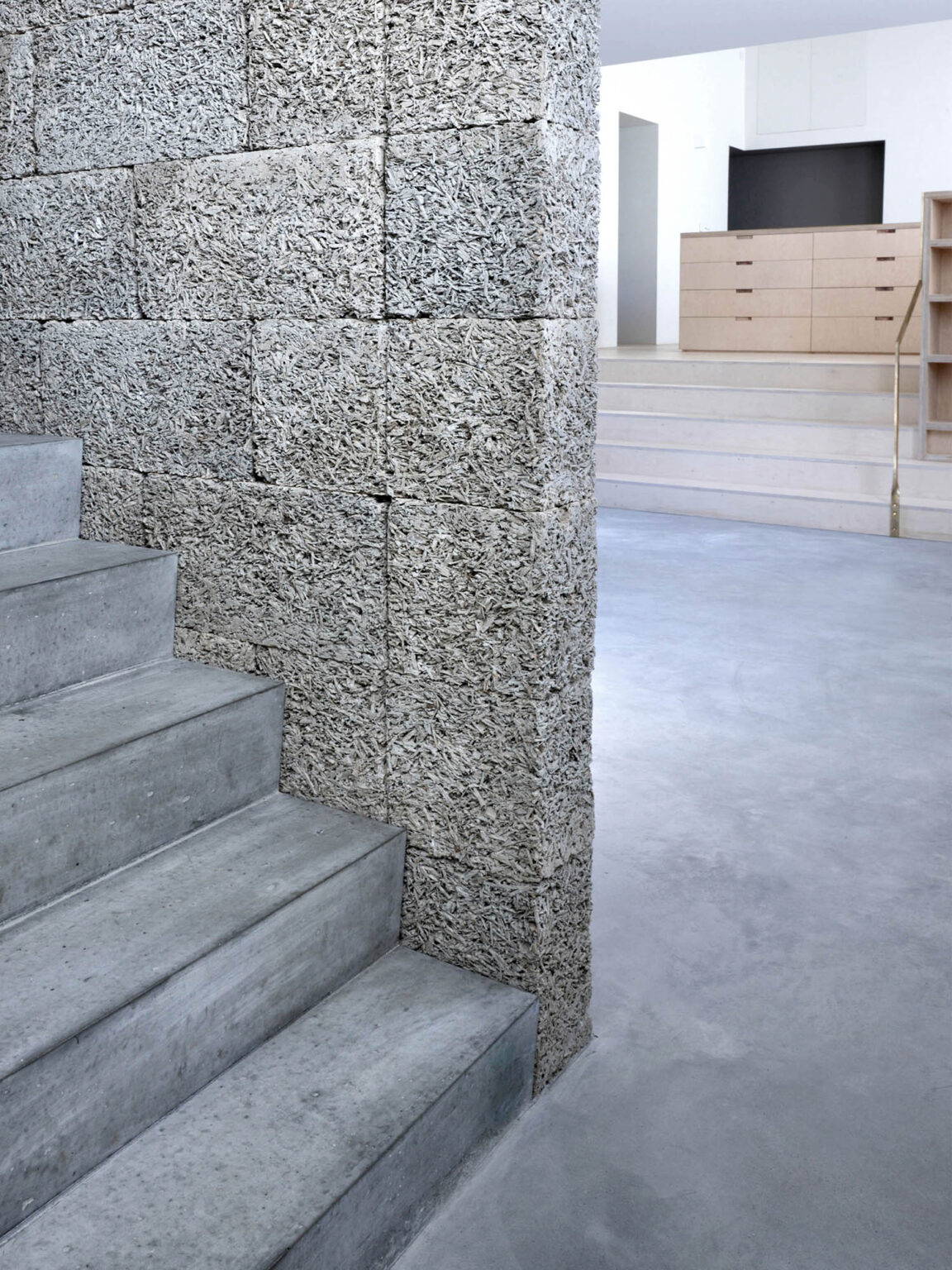 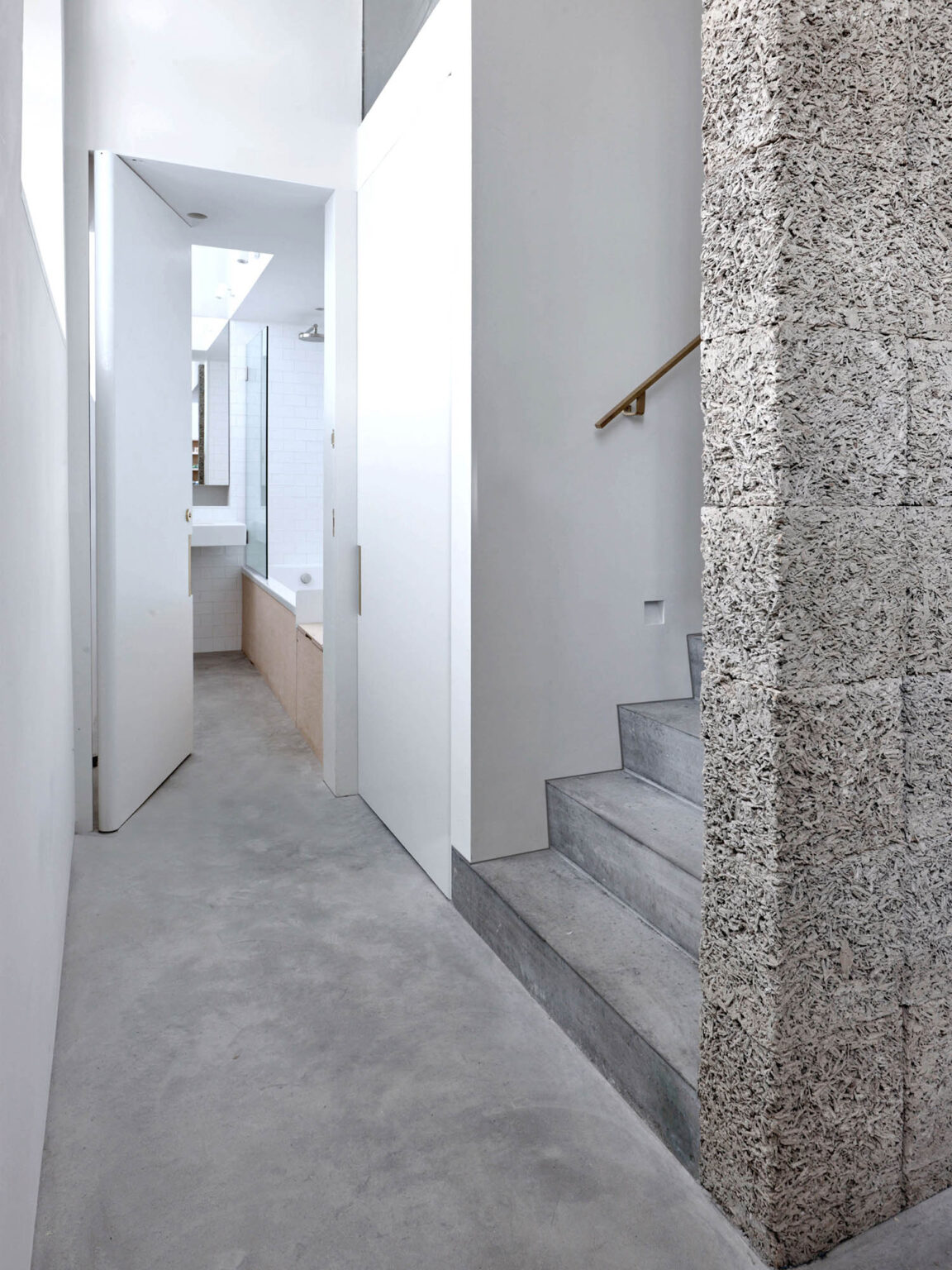 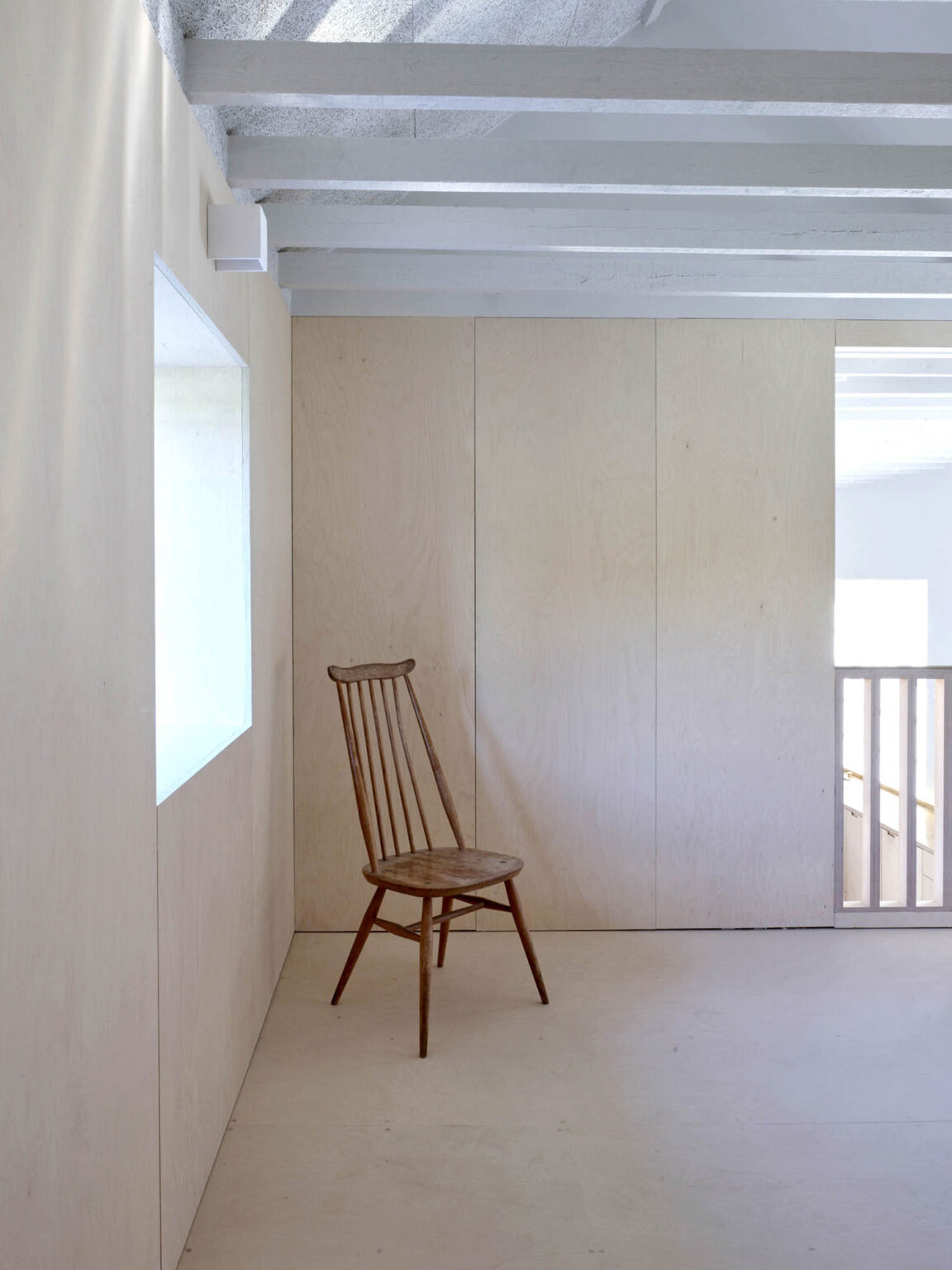 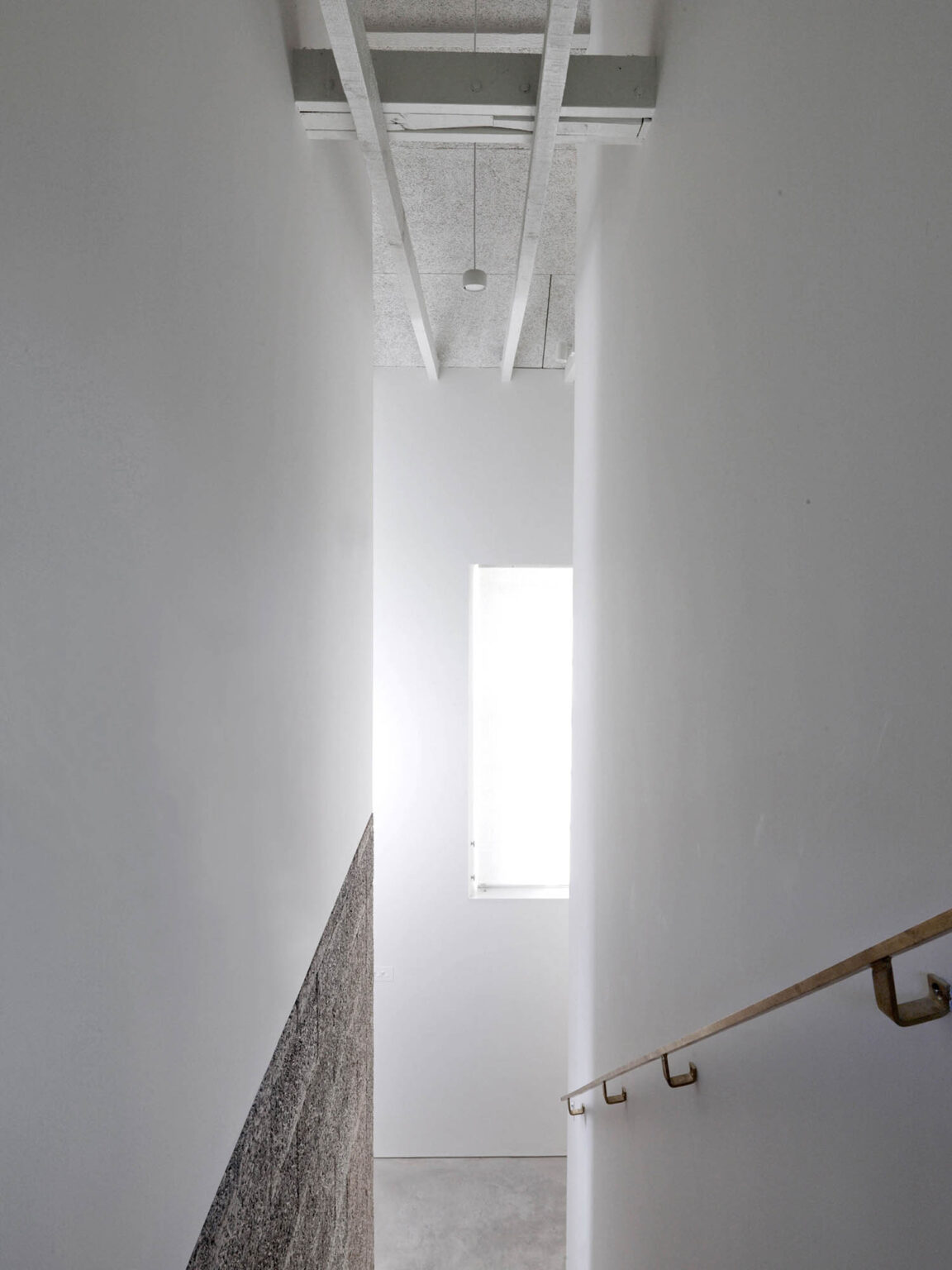 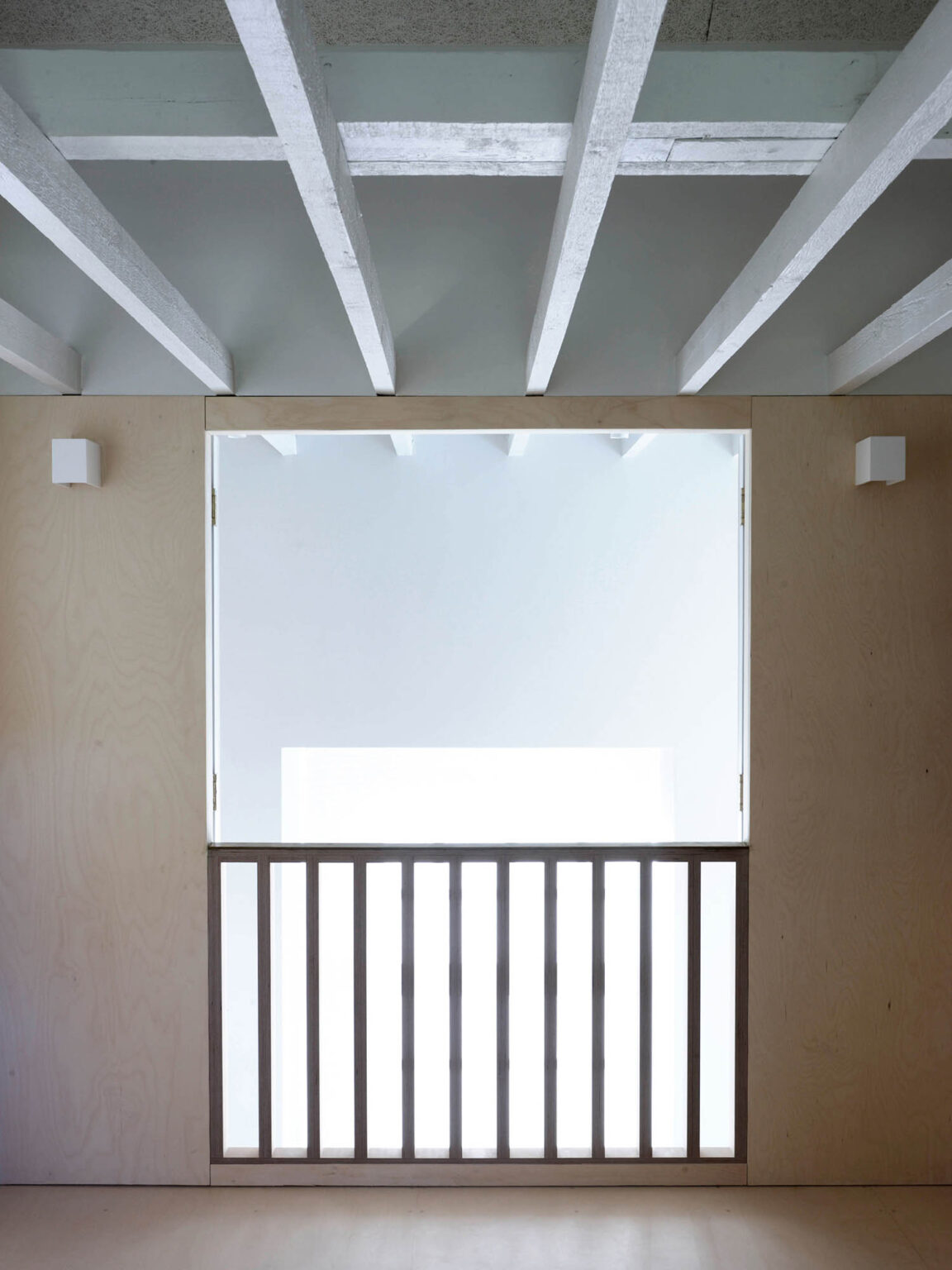 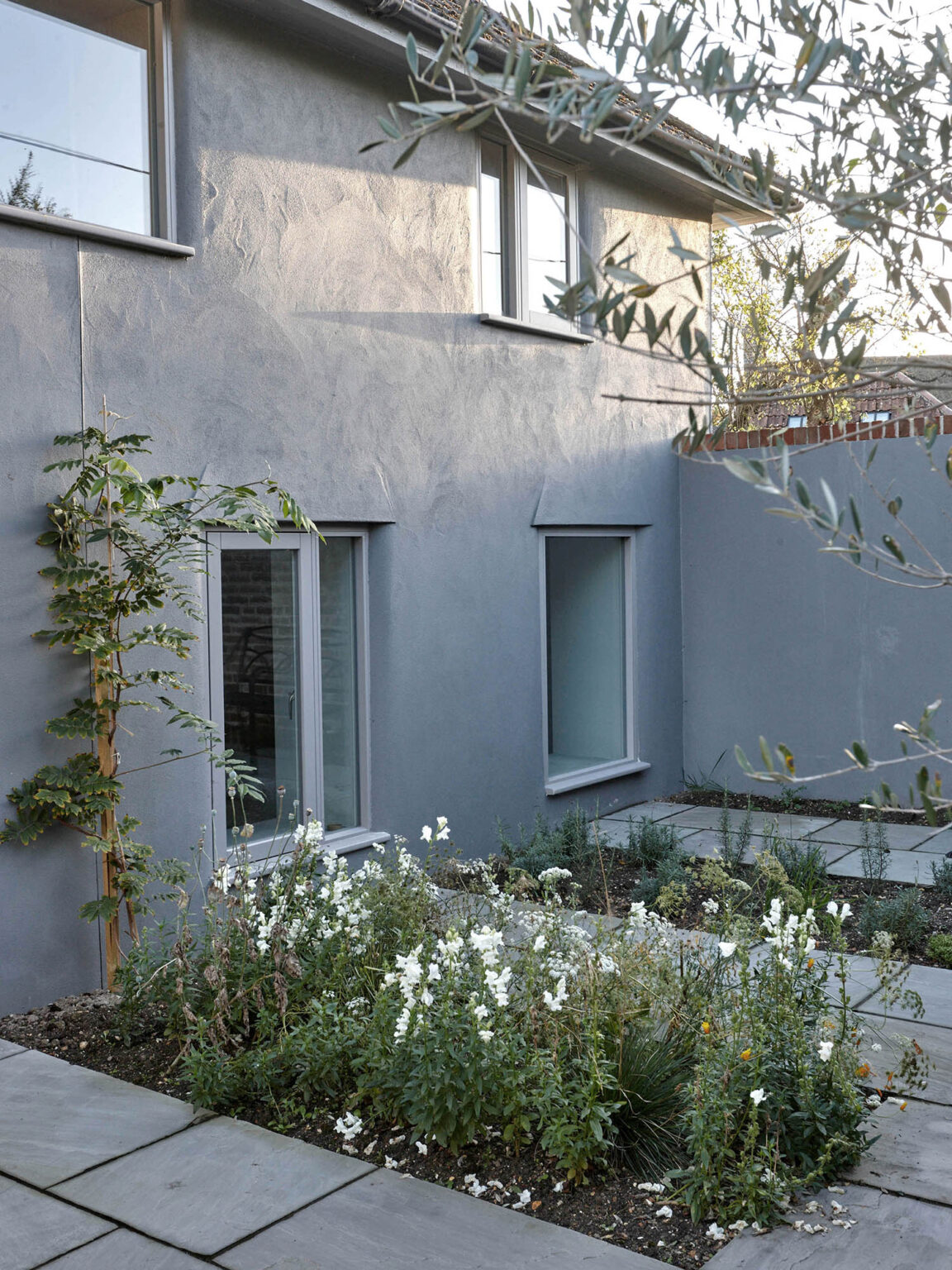 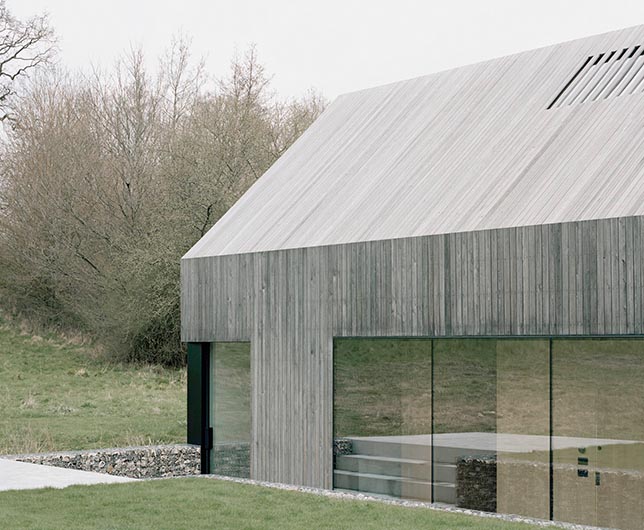 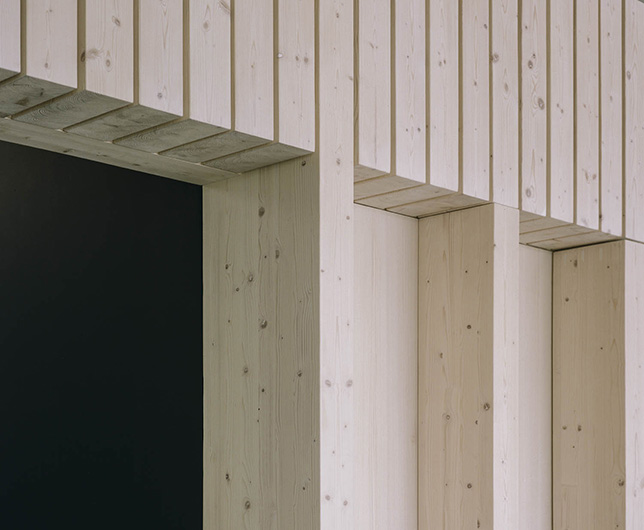 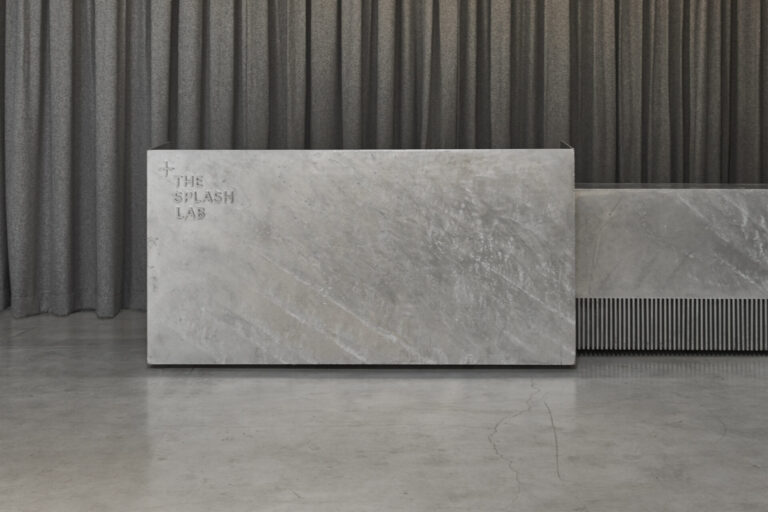 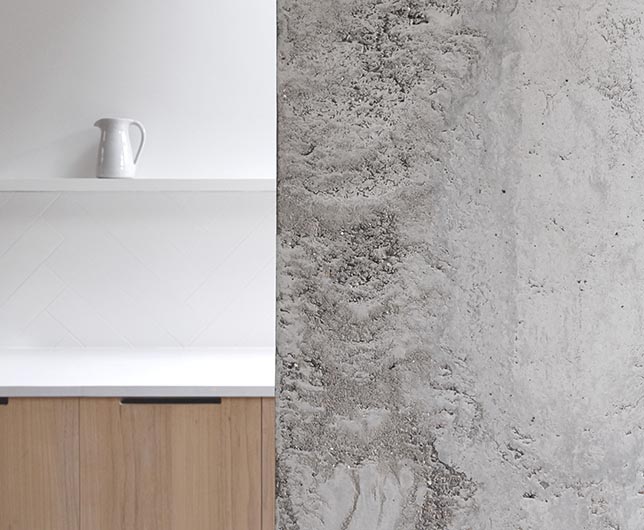